Stoppage Time is a project to recognise and celebrate women’s involvement in football in and around Sheffield and Rotherham from the 19th century to the present day.

The project is researching the history of women in football in the local area and talking to a wide range of local women and girls of different ages, backgrounds and nationalities about their experiences of football. It was kicked off in 2021 by FURD staff and volunteers to coincide with the centenary of the FA ban on women playing football on FA-affiliated pitches in 1921 and the 50th anniversary of the lifting of the ban in 1971.

It was then given support by Sheffield City Council (SCC) and the National Lottery Heritage Fund (NLHF) to become part of the culture and heritage programme that ran alongside the UEFA Women’s Euros in July 2022. With support from these funders and other organisations including the National Football Museum, Sheffield Libraries and Archives, Rationale Method, the Football Association and Sporting Heritage, we produced a series of physical exhibitions and online material. Physical exhibitions were on display in Sheaf Square (outside Sheffield railway station), Sheffield Central Library and the Winter Gardens from early July, when Sheffield was one of the host cities for the Euros, until the end of October 2022. Here's a guide, photos and links to what was where:

Guide to the Stoppage Time exhibitions

The project also feeds into the Sheffield Home of Football campaign to promote the significance of Sheffield’s role in the early development of football.

We are now working on making some of the history we've discovered available online on these webpages. There is still much to find out. We'd still love to hear from women who played football, or were involved in football in another way, in Shefffield or South Yorkshire in the 20th century - particularly in the 1970s or earlier. This includes women who were coaches, referees, secretaries, sandwich makers, kit washers or whatever. Also please get in touch if you wanted to play but didn't have the opportunity, or if your mum, nanan or other older relative or friend was involved in football.

The second picture shows a South Yorkshire Ladies Football League Cup Winners medal from 1918 won by Alice Wardle. The league was established during the first world war and consisted mainly of teams made up of factory workers, and particularly munitions workers. Miss Wardle played for the Barnsley Shell Factory team where she worked as an engineer, machining the shell cases.

The third photo of South Yorkshire Ladies was taken in 1954 and shows that some women continued to play football during the 50 year ban. Do you recognise anyone in the photo or know any more about the team? Please get in touch if you do. The team was described as “Yorkshire champions”and played Corinthian Ladies from Manchester at Sheffield Sports Stadium, Penistone Road for the IPF Cup in July 1954. The match raised money for the Infantile Paralysis Fellowship. The referee was Ernest Blenkinsop, a former Sheffield Wednesday and England player.

More information will be added to these pages as the project progresses.

Watch our short film about women's football in Sheffield before the FA ban in 1921 here:

Watch our filmed interviews with 13 women of a wide range of ages and backgrounds who play football with FURD, and a poem inspired by the words of female footballers past and present:

Listen to some women's experiences on our Youtube Stoppage Time playlist here:

This article about the project appeared in the Sheffield Star on 18th February 2021: 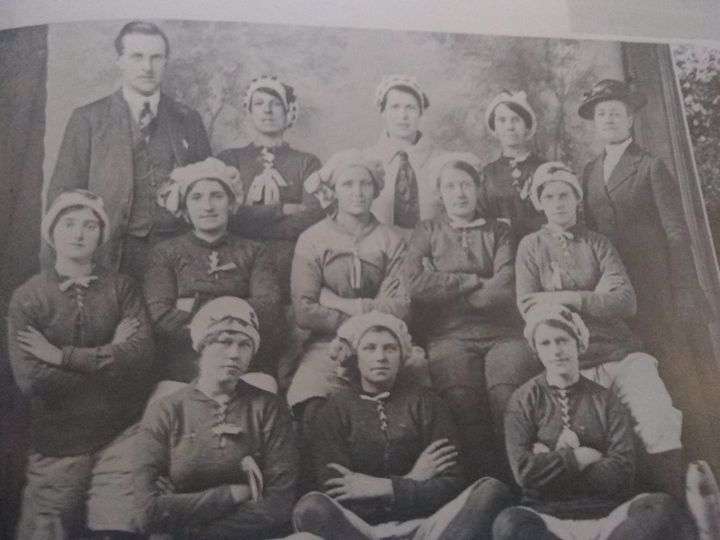 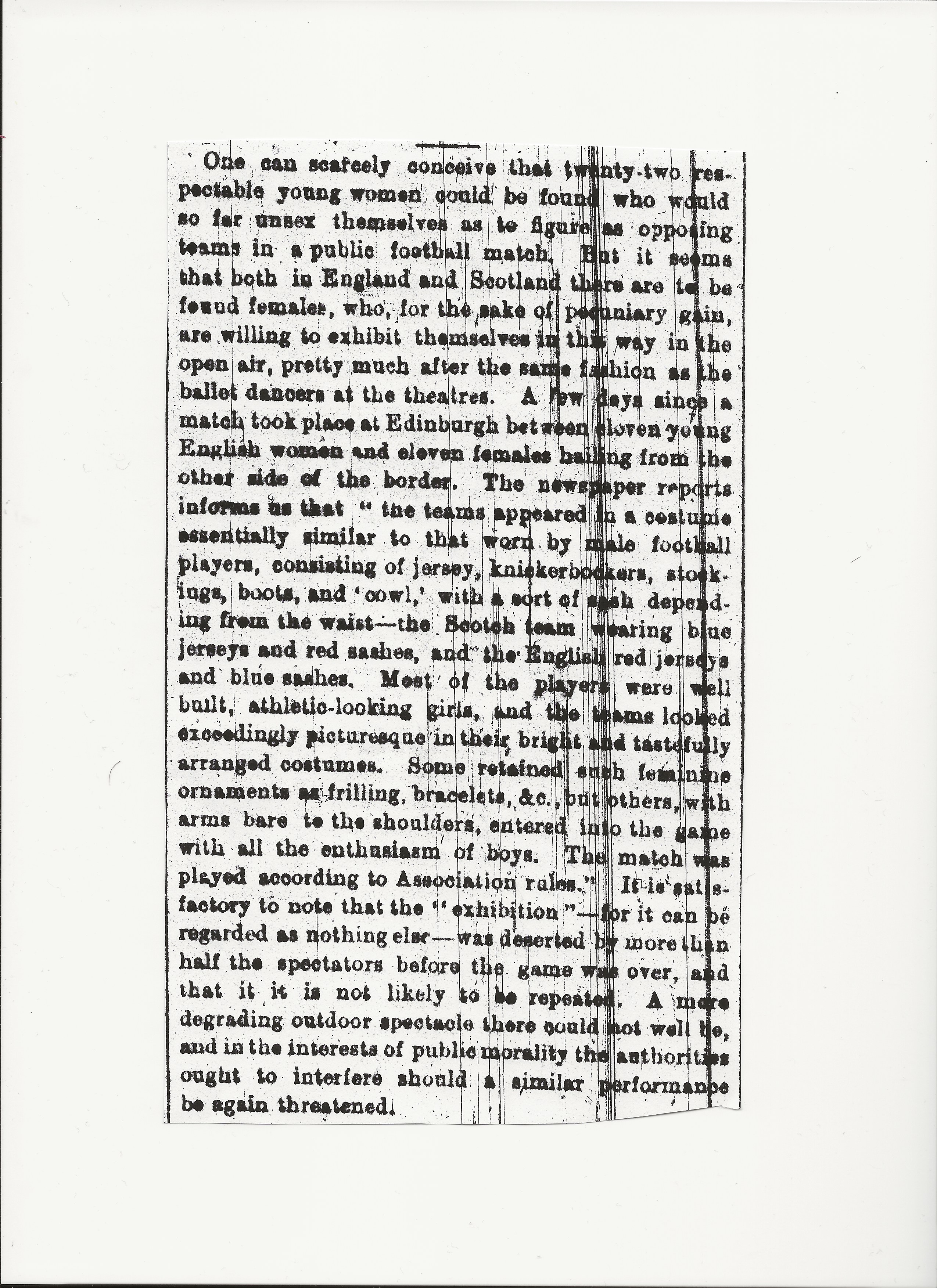